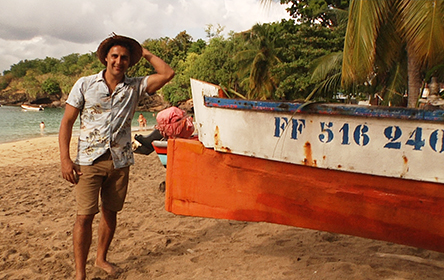 With smashing audience results for "Something to celebrate" on channel Antena 3 and "Urbanitas" on channel 2, Group Secuoya completes the beginning of 2015 with the release of "Victor Ros", "La España de Victor Ros", "Españoles en el mundo","Equipo de investigacion" and "Arqueomania"

Tonight Grupo Secuoya releases the fiction show “Victor Ros” and the documentary series “La España de Victor Ros” on channel TVE-1 (as from 10.30 pm) as it is the high point of a fortnight full of successful releases and new seasons placing the group as the only one with as many shows currently on air on four of the six country´s general-interest channels: TVE-1, La 2, Antena 3 and La Sexta. This predominant presence can be seen in tonight´s mentioned releases and “Españoles en el mundo” (that kicked off its XVI season with 1.034.000 spectators and a 10,1% share) on channel TVE-1 but also in the successful debut of “Something to Celebrate” on channel Antena 3 (leader of the evening with a whopping 3,3 million spectators), the arrival of “Urbanitas” on channel 2 (which on its second show reached up to 409.000 spectators and a 2,6% share), the broadcast of “Arqueomania” on this same channel and the infallible “Equipo de investigacion” aired on the channel La Sexta.

Tonight, TVE-1 releases the six chapter series “Victor Ros” with great expectations. It is produced by New Atlantis and stars Carles Francino, Megan Montaner, Esmeralda Moya and Tito Valverde. Each chapter of the series is followed by a documentary called “La España de Victor Ros”, a collection of six chapters in which the author of the saga on which it´s based, Jeronimo Tristante, will guide us through a journey to learn about the traditions and facts that marked the end of the 19th century. On Wednesday, channel Antena 3 will air the second episode of “Something to Celebrate”, the family comedy by Doble Filo that has brought a definite success in 2015´s first battle: Secuoya´s series rose above the competition and managed to gain an 18,1 percent share and the equivalent of 3.307.000 spectators. At the same time, channel La Sexta shows its weekly programme “Equipo de investigacion”, also produced by Grupo Secuoya. In this programme Gloria Serra and her team track some of the most difficult and controversial issues of the moment: burglaries, drugs, prostitution, politics… With their camera on their shoulder, “Equipo de investigacion” carry out a great public service for both citizens and journalists. On the 4th of January at 8.00 pm Channel TVE-2 released the series “Urbanitas por el campo” a docu-reality backed by the European Union and produced by Enminuscula for EFEAGRO. It has managed to improve its audience rates reaching a 2,6% share and 409.000 spectators. “Españoles en el mundo”, produced by New Atlantis for TVE-1 is one of the most popular and well-known shows by the audience and it debuted last week with an audience of 1.034.000 spectators and a 10,1% share on its first episode of the evening set in Michigan. The programme has achieved XVI editions on the channel Television Española.
Finally, New Atlantis is also responsible for “Arqueomania”, a documentary series shown on Sunday afternoons on the Channel TVE2 since last December.