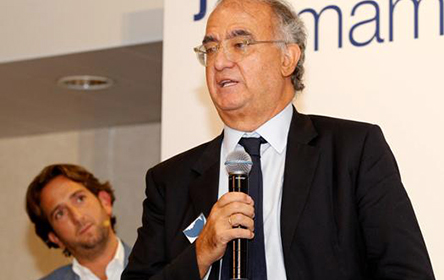 The former president of the producers joined the company in September as an advisor.

Pedro Pérez joined the ranks of Secuoya on 19 September as an advisor as part of the group’s strategy to drive forwards its international expansion.
After six months of contributing towards corporate links and business inside and outside of Spain, with a particular focus on Latin America, Secuoya cemented its trust in Pérez by appointing him Vice President of the company’s Board of Directors as well as conferring greater responsibility upon him for the group’s growth and international expansion.
Upon taking up these new responsibilities, Pedro Pérez will be steering the Secuoya Group’s model into new territories, including Asia, where the new Vice President’s experience and contacts will form the key to success.

Pedro Pérez was President of FAPAE (Federation of Spanish producers) for fourteen years. Prior to that he was President and founder of Vía Digital, advisor to Antena 3 and advisor and founding member of El Mundo. He has been an advisor to the Secuoya Group since September 2014.