Secuoya kicks off 2014 with a distribution agreement in the USA, valued at one million dollars 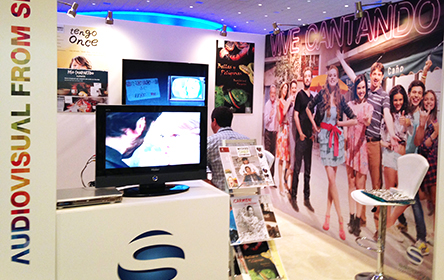 The agreement reached with Universal Views includes the distribution of documentaries to be aired on a channel in the USA, and pay TV in Latin America.

Grupo Secuoya starts the year reaffirming its presence in the international market and announces a distribution agreement with the North American company Universal Views, valued at 1 million dollars (725.000 euros), for the American market.

Universal Views is a New York-based producer and distributor of documentaries, focused on the North American, Canadian and Latin American market. The agreement has been reached with Secuoya’s Content Distribution department, which has already reached several distribution agreements with both Spanish and international companies.

This contract enables Grupo Secuoya to enter the international market through the front door, and to basically supply the company with documentaries to be aired on a North American channel, and also considers Latin American Pay TV.

Grupo Secuoya is present at the NATPE fair in Miami, which started on Monday, January 27. The fair is at the heart of the world’s audiovisual business and Grupo Secuyo’s attendance is a sign that this is the year of its international expansion. In fact, the group has already established contacts with Peru, Mexico, Colombia, Chile and Portugal, where it aims to be present throughout the year.

Secuoya Content Distribution has an ever-growing portfolio with over 400 titles of documentary content, and approximately 3000 hours of available footage. The group will also make the most of its presence at NATPE 2014 in order to present its new online distribution tool that allows users to access contents and services, allowing them to view chapers and projects, which are part of the company’s portfolio. Find out more on: www.secuoyadistribution.com