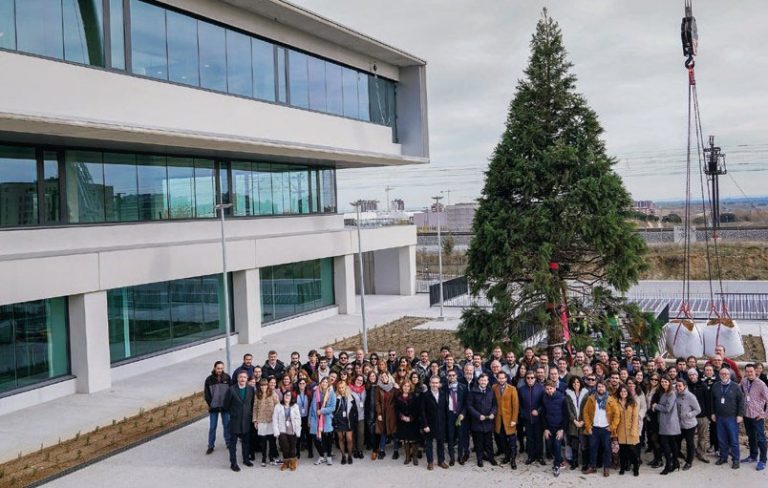 A year and a half after having laid the first stone of its macro production complex, conceived to act as the neuralgic center of the audiovisual industry, Grupo Secuoya has landed in the new facilities. Located in Tres Cantos (Madrid) and located on a plot of 22,000 square meters, the facilities will now house the company’s headquarters in Madrid.

In an act of private nature attended by employees, the landing of the Group coincided with the planting of a spectacular redwood on the main facade of the building. The conifer, which is more than 9 meters high and weighs 8,000 kilos, has traveled from the Netherlands to Tres Cantos and was installed at the end of December after a complex operation involving ten specialized gardeners as well as operatives from Grupo San José . The event, at the end of which a glass of cava was served, had the participation of all the employees of the headquarters of Madrid, who worked as gardeners for a day throwing shovels to the hole in which the emblematic tree was installed.