“Time Box”: Grupo Secuoya takes the lid off the box of emotions at MIP TV 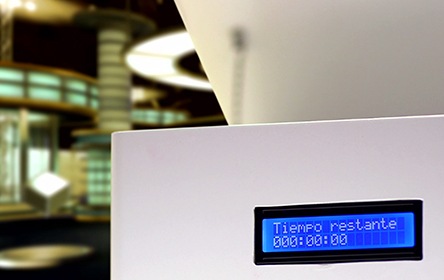 
Albert Einstein claimed that “the distinction between the past, present and future is only a persistent illusion”. With its newly created TV format, Grupo Secuoya turns the famous German physicist’s theory of relativity into an explosion of emotions. By capturing the present moment and freezing the feelings at hand, a box with a small display then takes them on a journey through time.

That is the nature of “Time Box”, an unusual reality show that intertwines emotion and time by offering participants the chance to store all their feelings in a box, which can only be opened later by the person of their choice on a set date. Dozens of boxes with all sorts of stories are thus set free in search of their recipients, who then have to wait and live with the box, wondering what’s inside and who sent it. Each story has its moment in time, and “Time Box” will bear witness to the whole process.

“We are aware of the fact that people are turning to emotional formats and we wanted to come up with something ground-breaking,” explains Sergio Lizarraga, R&D director at Grupo Secuoya, “so we chose to incorporate the time factor, something that has never been done before on television: to offer people the chance to send messages into the future with a countdown of up to 365 days knowing that it will only be received once the time is up … even if the sender is no longer among us.”.

Can a box the size of 21×19 cm enclose our future, contain our dreams and safeguard the hope of loved ones? The sender will pre-program the “Time Box” and set a date for it to be opened, after which the box is then in charge of safekeeping the messages in the shape of evocative objects, video recordings etc. Once the box is in the hands of the chosen recipient, its secrets won’t be revealed (both the content and the sender) until the counter reaches zero, which can be between just a few days and a whole year. “This is the crucial phase, during which emotional tension is generated and anything can happen to change the course of events. The sender also experiences his own journey through time, during which his emotions may be affected by the message that has already been sent,” adds Lizarraga.

The “time box” will provide us with stories of emotion and sacrifice. Sometimes the sender is absent (death, illness or major work commitment) during the recipient’s once-in-a-lifetime experience, shedding light on a personal commitment that is projected in time, because maybe it wasn’t the right time back then (perhaps a pregnancy or something else).